Today I made a deliberate trip to Mainz, 40 km from Frankfurt as I had read that Marc Chagall designed the stained glass windows in St Stephan’s Church.I am fond of Chagall’s dream-like paintings, but do not know too much about him, certainly did not know he designed stained glass.

I can honestly say this was one of the best decisions I have made, and made a disappointing trip worthwhile. (More on that later!) It’s a little walk, uphill, from the station and when you walk in, the cool blue wraps itself around your soul. Forget traditional religous iconography; this is what makes your heart sing. 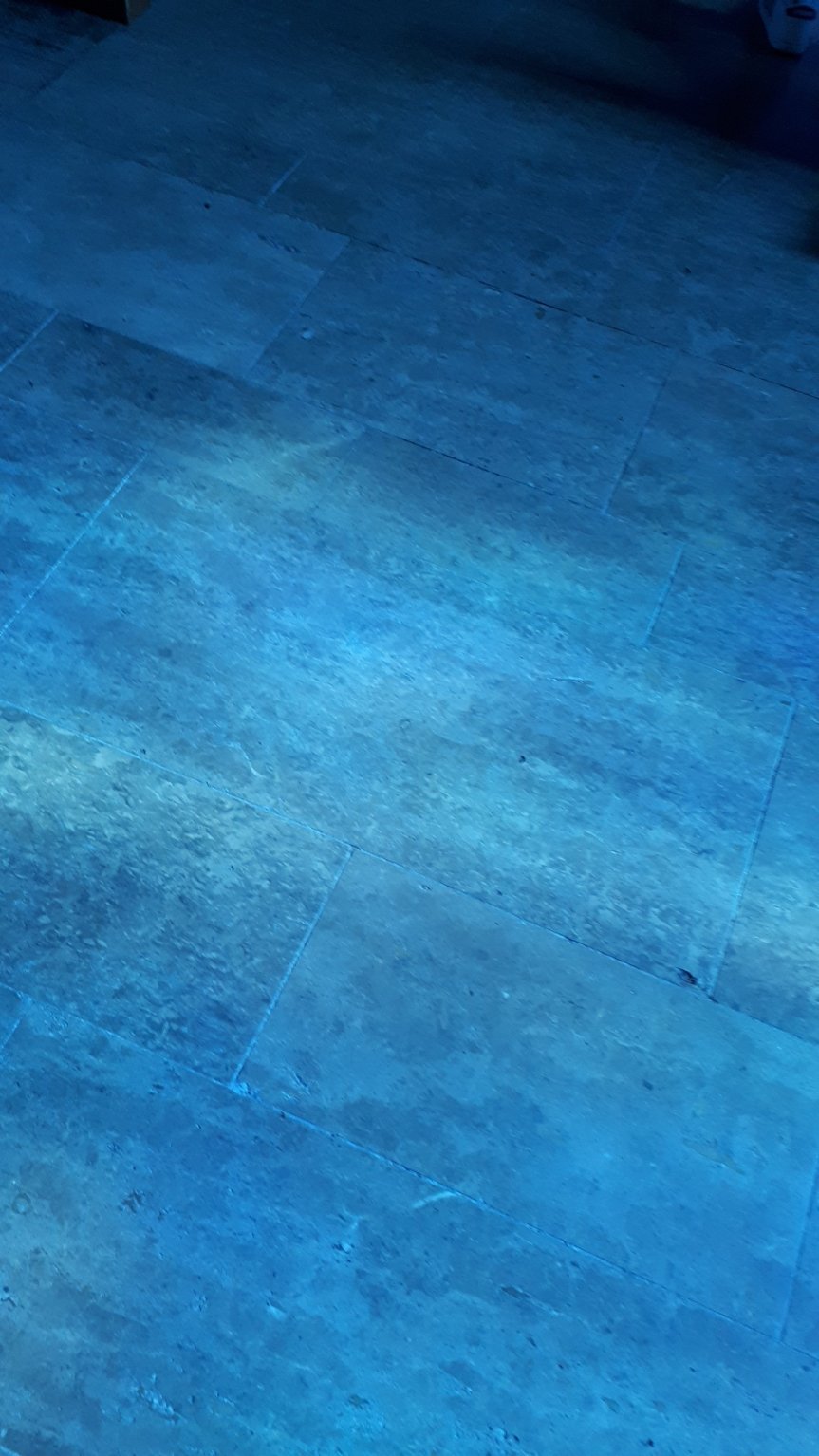 Genesis: After completing the restoration of the Church, which was badly damaged in the war, Pastor Klaus Mayer turned in the spring of 1973 to the Jewish-Russian artist Marc Chagall (1887-1985), the master of color and biblical message, with the request in the East Choir St. Stephen’s Church with its stained-glass windows set a sign. The contact was followed by letters and later encounters. The artist began in December 1976 with the design for a central window. On September 23, 1978, the first Chagall window with the “Vision of the God of the Fathers” was handed over to the parish.

Later, Chagall added the windows to the side:

And, in total, designed 9 windows, with the final ones being installed after his death in 1985.The story did not end there. The reason the church is diffused in blue is thanks to Charles Marq, a partner in the Atelier Jacques Simon in Reims, where Chagall was a collaborator.The windows are gently designed to complement Chagall’s depictions of the holy story: 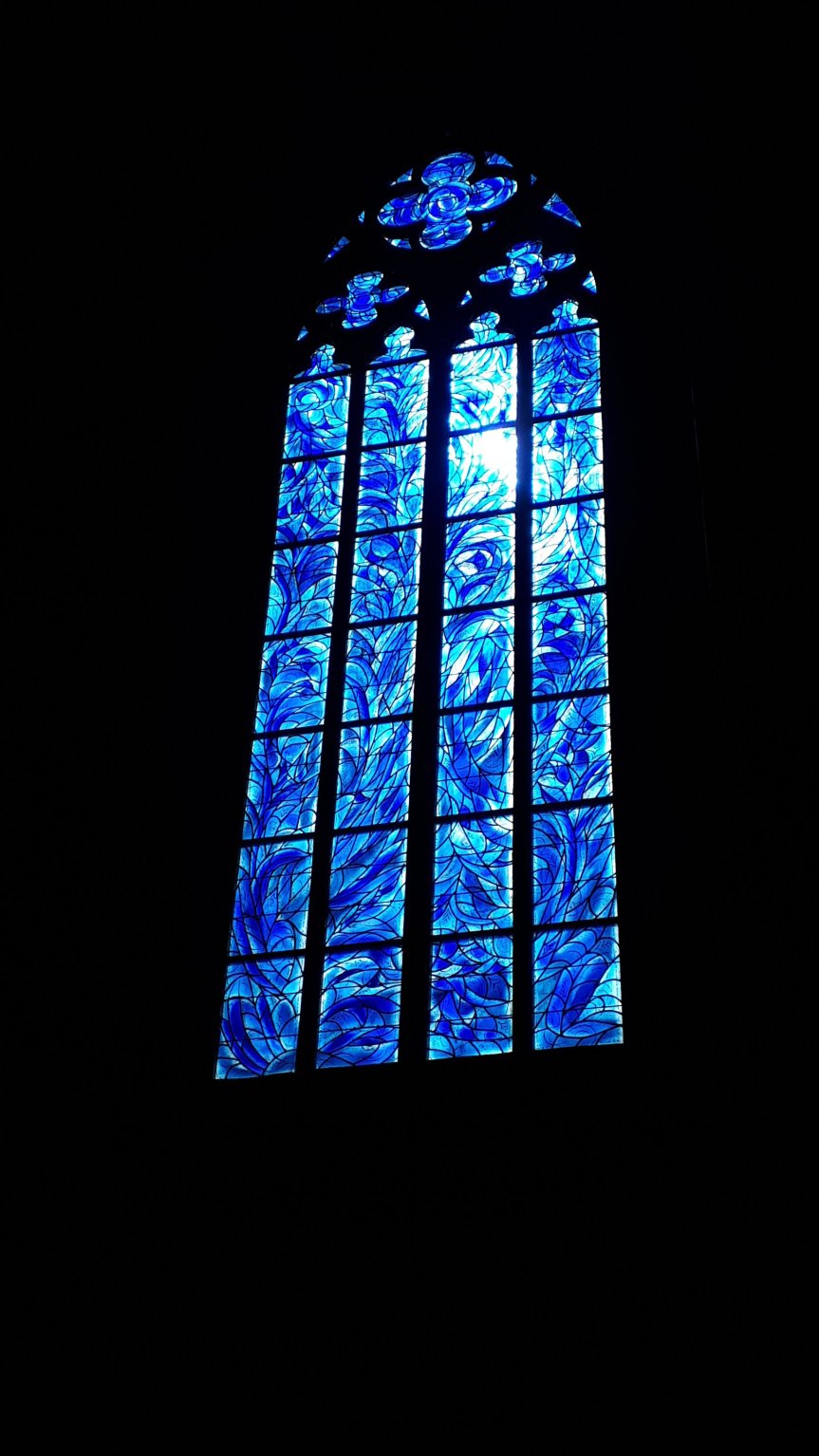 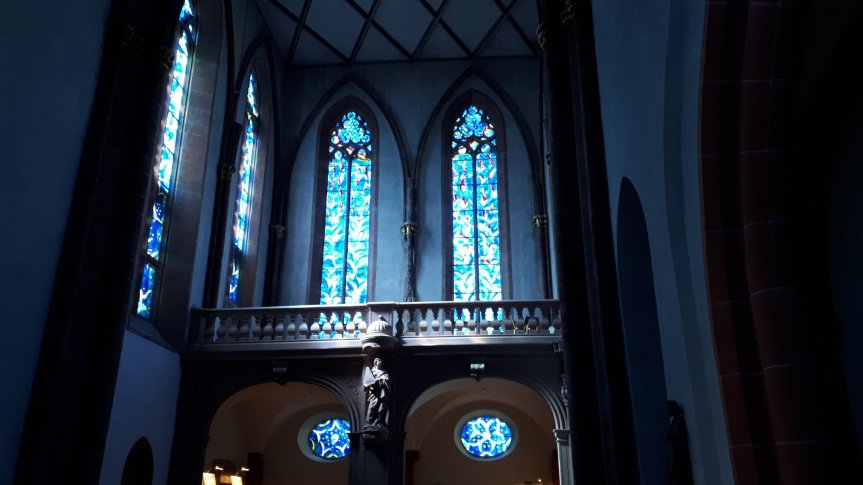 Everything is bathed in blue:

I found a quote by Chagall that, I think, explains why this place became so spiritually significant to this atheist:

In our life there is a single color, as on an artist’s palette, which provides the meaning of life and art. It is the color of love.