If I’m honest, all I really knew of Jeff Koons was through phrases you would put into Google to find out who this artist is in the canon of pop culture:

To find the Ashmolean putting on an exhibition was a bit weird, but boredom trumped curiosity today, and I jumped on a train to Oxford.

and I am terrible for rushing through galleries: “it’s not a race, Wend”! So I thought I would give this a try. Good thing I did, as there were only three rooms and 17 pieces of art to look at!  As a side note, I have a rather novel idea. Just as films have a running time advertised, perhaps art galleries should give an estimated viewing time to aid those of us who book trains so we’re not left killing time waiting for the ride home.

The intro talked of “the awareness of breath as signifier of both birth and death”. Right, that is the deeper meaning behind the inflatables, then, I thought. Turned round and there was a basketball floating in an eternity tank!  Not quite Sartre, but okay! 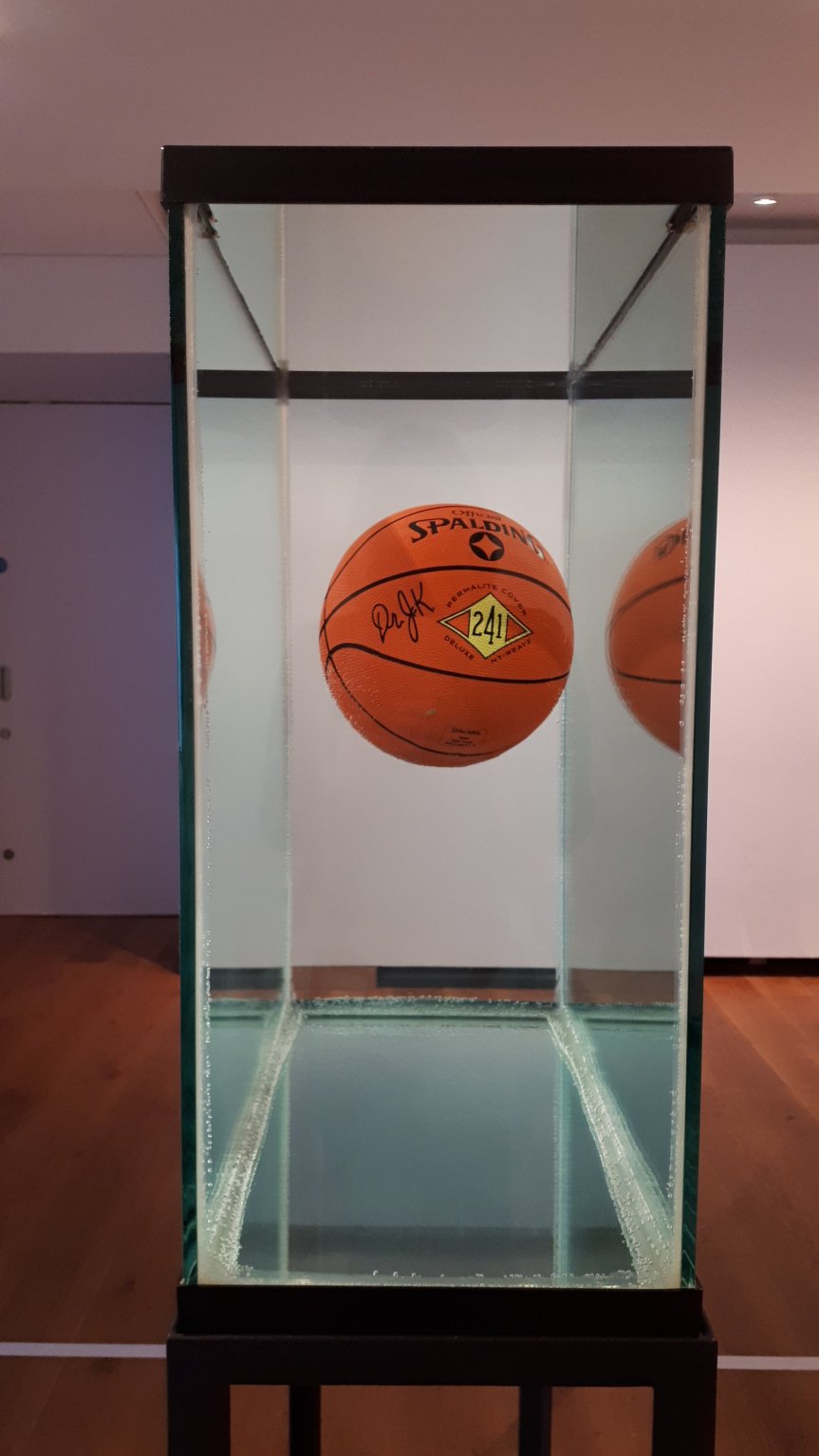 Next up, the inflatable bunny made of steel. No doubt at all that the puckering looks like it is made of plastic, but I could not see how this was in any way linked to the puzzle of life v death. However, it looked kind of pretty.

Room two had the famous pink venus, which is based on my beautiful tiny Willendorf Venus. Liked this – probably my favourite thing here but, again, could not see the meaning of it.  One of the points with these shiny, metallic statues is the fact that you and the room are reflected back off the art. Are we supposed to be a part of this, then? If so, the next room made more sense even though it was hardly riveting stuff. But, to be honest, I wasn’t thinking serious arty thoughts at this stage.

Room 3 had the Gazing ball sequence: reproductions of classic works of art with a blue gazing ball plonked in the middle. Is Koons trying to say that the linear process of art history includes us, no matter at which point we enter the narrative? Or am I blowing a lot of hot air? I’ll get me coat!

On the way home, I thought I would check out what Waldemar Januszczak had to say about it, and was rather pleased to see we were on the same page with this!

Koons at The Ashmolean – Like Popeye giving the Reith Lecture

At the end, this was a bit of fun, not something to be taken seriously and it did pass the time as I have been so bored of late!  Mind, given the cost of the train to Oxford, should have gone to London instead to see the Munch prints at British Museum!