Saw Giorgio Di Chirico’s Two Sisters in Edinburgh which had me think about how, despite the two figures appearing to have different characters, they still appeared ’empty’, devoid of feeling and I wondered whether this feeling of emptiness was prevalent in other words by the man who was the precursor and hero of the Surrealist movement. 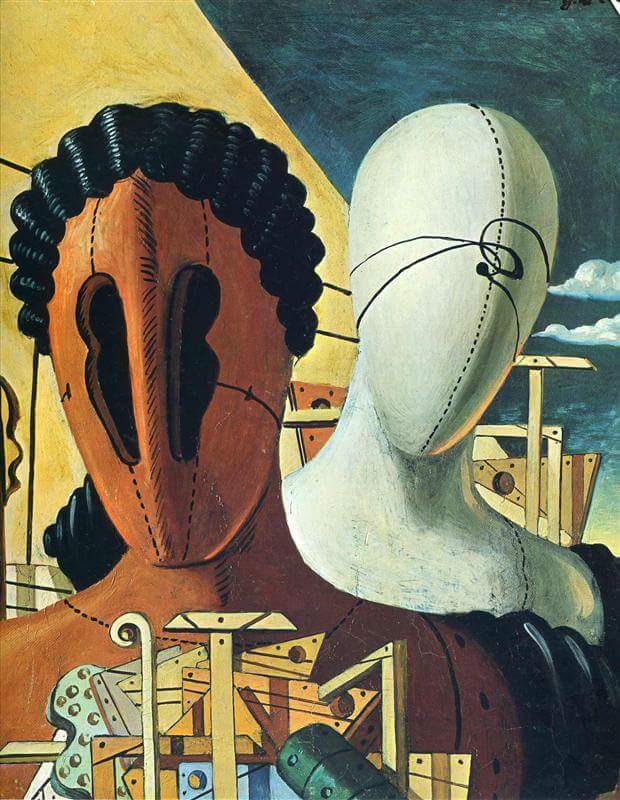 Titles of Di Chirico’s work, such as, The Anxious Journey, link directly to the human condition – who has not felt that rising panic when confronted with a terminal building and a destinations vowed filled with journeys?

The narrow openings as a barrier to the train itself make it difficult to reach the train – and the question has to be asked, “Is the train arriving or leaving the station?” The muted colour palette creates an added sense of melancholy.

Other works are as architectural full as this one, but what becomes noticeable is the lack of people. 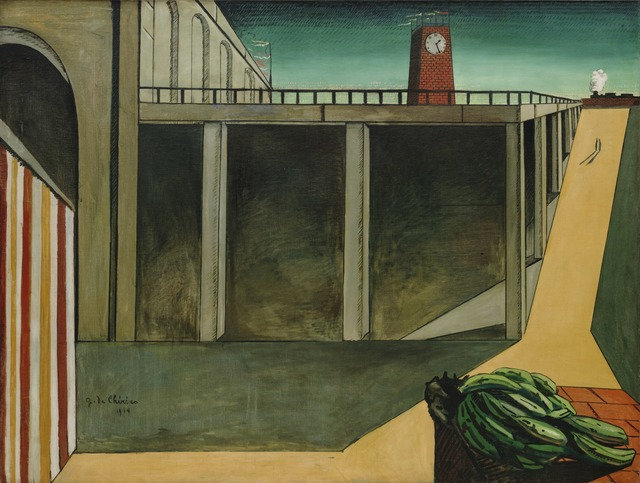 However, this one, Mystery and Melancholy of a Street:

gives us that same melancholy emptiness but with a sinister touch. The young girl is oblivious of the danger up ahead from the emerging shadowy figure.

One thought on “Metaphysical Melancholy”