No tulips or windmills for me – this trip was all about the art.

As soon as I arrived in Amsterdam, it was unpack the case and get out of the hotel!  First stop was the Rijksmuseum. Having just completed my module on 17th Century Art, I was looking forward to taking a closer look at Rembrandt and a few other notables of the period.

First up is Franz Hals.  These two, Portrait of a Couple and The Merry Drinker were really interesting from a painterly style. 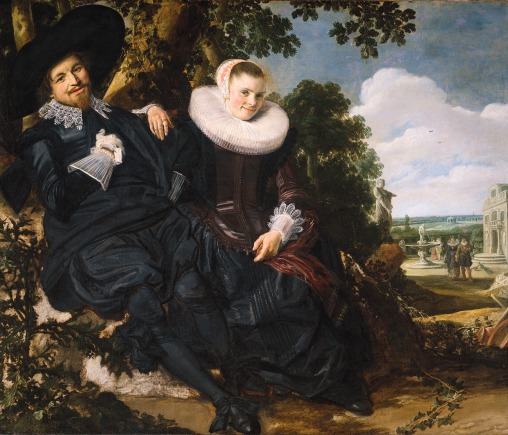 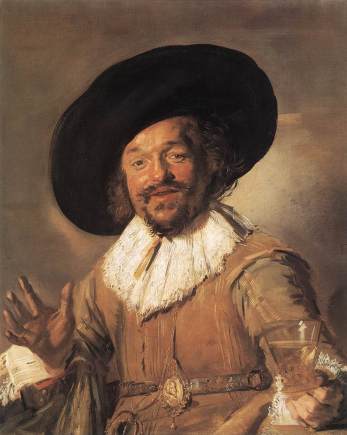 This painting, Marriage Portrait of Isaac Massa and Beatrix van der Laen, was painted by Hals in a style that had not been seen before.  Portraits were generally serious affairs but here we have a couple clearly happy with their nuptials.  Isaac leans back against the tree, his hand over his heart, smiling merrily. Beatrice has her hand on his shoulder with her wedding ring on display. Her smile says it all.  When painting this, Hals used short brush strokes for the clouds and sky but his brush glides over the costumes of the couple creating fluidity in the clothing.

The second piece was his Merry Drinker and who would not want to share a flagon of ale with this jovial chap!  The lace collar really stood out with loose brush strokes to create the lace.  The ‘rough’ style of applying the oils does create a sense of movement on the canvas.  He could almost be waving us over! 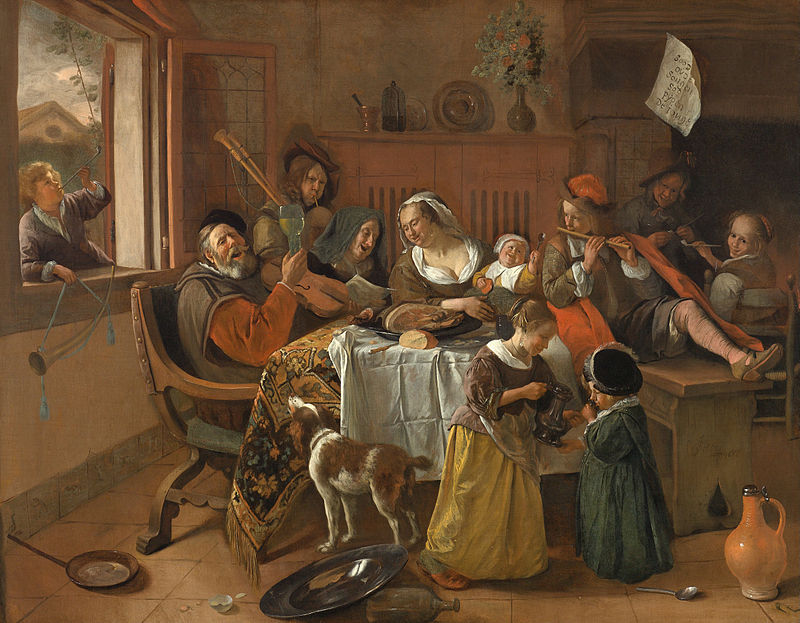 This painting by Jan Steen of The Merry Family was such a fun painting to view.   Everyone in this painting is having a good time, even the baby is waving his spoon in time to the music.  The father reminds me of someone and if anyone can work it out, let me know!

The visit would not have been complete without checking out Vermeer’s Milkmaid and Woman in Blue: 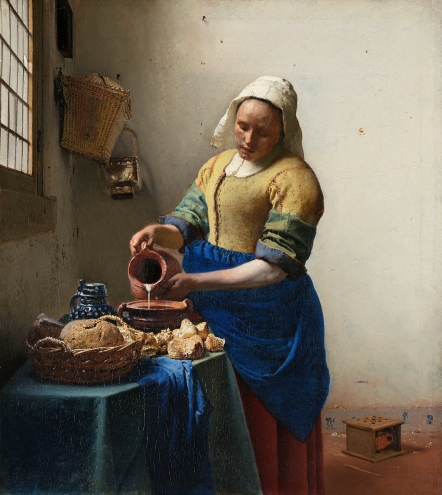 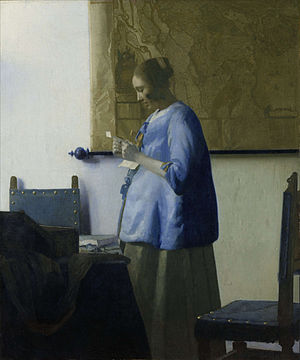 The detail is quite stunning within these two paintings.  I loved the tiling at the base of the wall behind the maid and, despite the crowds, you could get close to the painting to check out the way he depicted the milk in such a way that it appears to be moving.

The predominant blue of the second painting was quite beautiful and tranquil – a good lesson in how a painting can alter a mood.

The biggest crowds surround Rembrandt’s The Night Watch but I have to confess to not being so impressed.  The Rembrandt that stood out for me is this one, a tiny self-portrait from 1628.  Here, Rembrandt experiments with light – the glow comes from the left and highlights his cheek and earlobe.  More importantly, the light bounces off his curls which, the caption told us, was created by using the nub end of the paintbrush to scratch the curls in the still wet paint – fabulous! 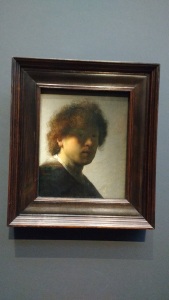 The final highlight was this: 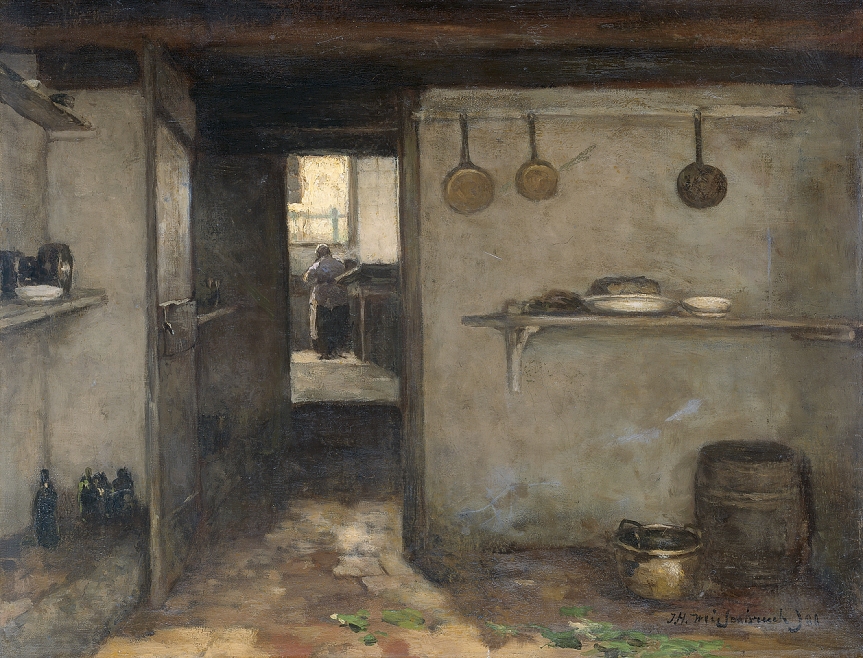 This simple domestic scene used a subdued palette with the only bright colour being the  cabbage leaves on the floor.  Very reminiscient of the Norweigian artist, Hammershoi, this scene is intriguing as we are permitted to stare through the house and beyond.