Back in July I found out that Rock Drill had gone out on tour from the Tate and was appearing at a gallery near to me!  Thursday was preview night and I was almost first through the door to take a peek at the little friendly torso and his not so friendly reconstructed self.

Walsall’s New Art Gallery is a gem in a Midlands town not exactly known for its culture.  Its Epstein collection is outstanding and the generosity of his family benefitted this gallery unmeasurably.

The exhibition is entitled Rock Drill Transformed by War and it is really about how the traumas of the war and especially the loss of two close friends, TE Hulme and Henri Gaudier-Brzeska, caused Epstein to have a change of heart and reduce his ‘man-machine’ to a stump of a man who could no longer destroy. 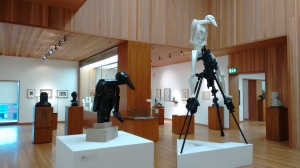 Seeing the Torso in Bronze from the Tate, alongside the reconstructed Rock Drill, reinforced the viewpoint that Richard Cork discusses in ‘Wild Thing’: “The first drawings to outline his ideas for the work stress the indomitable character of the machine, and place it in the charge of a driller with equally daunting powers. Framed by the gaunt, jutting sides of a cleft which seems to have been created by his mighty weapon, the driller stands on his tripod with legs as straight as pistons.” 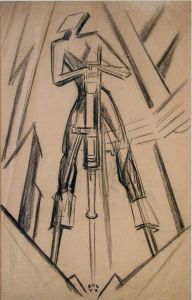 Encouraged by Hulme, who said that “the new tendency towards abstraction will culminate, not so much in the simple geometrical forms found in archaic art, but in the more complicated ones associated in our minds with the idea of machinery”, Epstein had the vision to explore the power and might of the machine, pre-empting the tragedy that was to unfurl in the coming war.

It is not surprising that Epstein ‘turned’ on his creation and the act of deconstruction takes on a symbolic meaning here – man is ultimately responsible and therefore must act upon that responsibility.   The fact it had to be ‘deconstructed’ in order to transport it to Walsall adds to this understanding.  Thanks to BMAG for posting these photographs.

A real pleasure to see the two pieces together which gives a much greater understanding to a piece of work that was so ahead of its time. 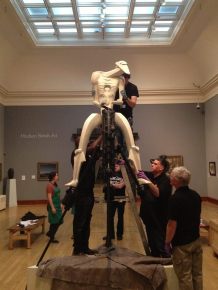 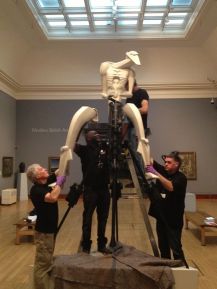 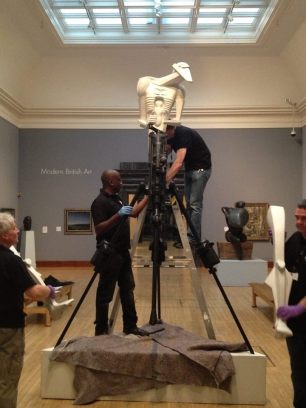 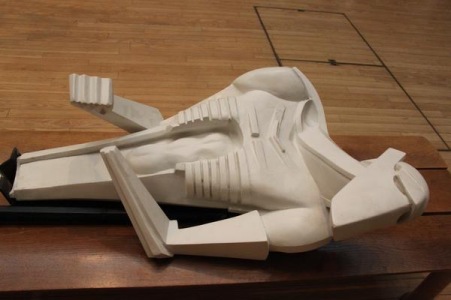 One thought on “Rock Drill on tour”